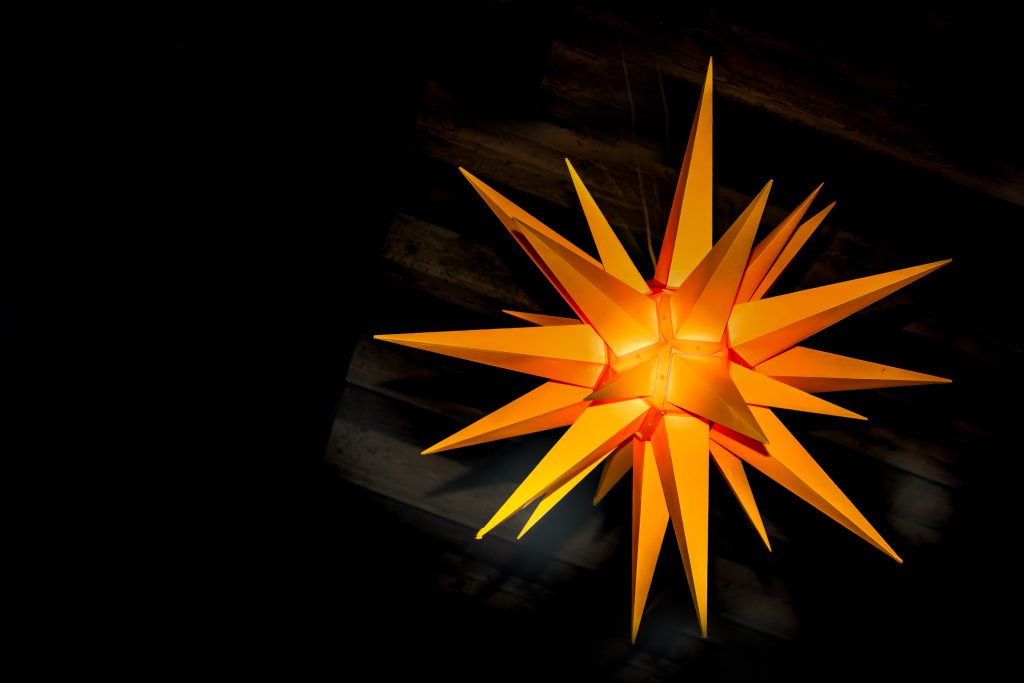 “The day will come, says the Lord, when I will do for Israel and Judah all the good things I have promised them. “In those days and at that time I will raise up a righteous descendant from King David’s line. He will do what is just and right throughout the land. In that day Judah will be saved, and Jerusalem will live in safety. And this will be its name: ‘The Lord Is Our Righteousness.’”

One of the things people expect from pastors who become parents is that very soon all of their stories become about their children; that soon every sermon will be sprinkled with amusing anecdotes (or usually less-than-amusing anecdotes) which everyone feels obligated to receive with a smile and a nod. A minister sharing more stories about their children than their congregations might enjoy is about as inevitable as finding at least one mouldy mandarin in the bottom of the orange box – we’ve all just come to expect these sorts of things.

I don’t imagine I’m immune to this cliché, and though I endeavour to avoid an over-saturation, you’ll forgive me for mentioning that we recently decorated our home for Christmas with our daughter for the very first time. It was, of course, adorable. We tried to entertain her with the lights, the Christmas star, the shiny and silly decorations. She was, predictably, more interested in the plastic bags. This is her first Christmas and everything is strange and new to her, candy canes and cardboard boxes alike.

But the season isn’t new to us. Here we are again. The decorations are going up; the plans are being made; the same old classic songs are pitted against new pretenders to the Christmas playlist throne; the gifts are being bought, for some too early and others far too late. Some of us, elf-like, eagerly wait for and welcome the season. These are the people who began playing Mariah, Sufjan, Bing and Bieber about a month ago.

Others of us, if we’re honest, are dreading Christmas like some kind of festive cavity filling, and we dread it for good reason. Maybe the season seems only to remind us that we’re alone or have lost someone. Not a season for celebrating what we’ve got, but a painful reminder of what we lack. Maybe the season reminds that even though we’d like to be living in a romantic comedy, we’re really living in what feels like a romantic tragedy. Maybe some of us are just trying to “make it through”, feeling overwhelmed by the expectations of friends, family or work. Still others us have learned to lower our expectations altogether having been underwhelmed more often than not in Decembers past. “Here we go again”, we mutter under our breath, with an almost Scrooge-like eye-roll.

But here we are again, none-the-less, and we can certainly all say in some sense together along with the prophet Jeremiah: yes, like it or not, the day is coming…

Jeremiah lived a tumultuous life, to put it lightly. He lived through war, siege, famine, exile. He was harassed, hunted and imprisoned. Jeremiah was a prophet sent by God to his people with messages for his people. People, of course, don’t always want to hear what prophets have to say, and so very often prophets find themselves in hot water. This was often Jeremiah’s experience. He’s known as “the weeping prophet” because his message was usually unpopular, prophesying in a time when his people had to face some harsh realities. It was up to Jeremiah to confront them with the inevitable.

Maybe he’s also known as the “weeping prophet” because of how these messages landed him in such desperate spots. I wonder if Jeremiah’s tears were not only for the future of his people, but for himself. At the beginning of chapter 33 we read, “while Jeremiah was still confined in the courtyard of the guard the Lord sent him this message” (Jer 33.1). When God speaks to Jeremiah in this instance, he’s locked up. In other places we read about Jeremiah being thrown down a well. Poor old Jeremiah – perhaps not the voice we’d expect to usher us into the holidays season. Maybe we’d rather stick with Mariah.

We don’t usually know what to do with the prophets in scripture for two reasons. First, they often feel inaccessible, like a kind of foreign film. Second, they are relentless in speaking the truth, and brutally honest people don’t make friends easily. So for both these reasons we tend to sidestep the prophets. You have to feel a little sorry for them – people avoided them then and we’re still avoiding them now. But if we don’t avoid the prophets, if we look someone like Jeremiah in the eye and listen to what he has to say, we might discover those two “prophetic problems” of relatability and truth are not problems, but in fact gifts.

The prophets in scripture are often found sitting in the dark. They’re facing realities which are confusing and chaotic. Jeremiah knows how bleak life can get. And haven’t we each seen our fair share of darkness, confusion and chaos? Don’t we all know what it’s like to feel as though we’re sitting in the dark at the bottom of a well? So maybe the prophets aren’t as inaccessible as we think. And to the second problem, about the prophets always banging on about the truth, we must admit they do help us to face many things we’d often rather escape. Things like the darkness beyond us out in the world, or perhaps the darkness within us deep inside. The prophetic voices also confront us with the inescapable light of God – a central obsession of the prophets – a light which some days we welcome, and other days we hide from.

In short, the prophets help us to face the truth. And in this passage Jeremiah speaks the truth: that for all the darkness we’ve got to come to grips with, be it out there or in here, there is also a distant twinkle in the black night sky. There is always a light, always a hope. As much as the prophets can be rather depressing, they are also relentlessly hopeful. They remind us, as we sit in the dark together, that “the day is coming…”

Apologies to all those who’ve been watching Hallmark Holiday movies since Halloween, but technically it’s not yet Christmas. According to the global church calendar we’ve just entered the season of Advent. Advent means “coming” or “arrival”. It’s the four-week season preceding Christmas characterized by waiting and longing for God and what God assures a world sitting in the dark: hope, peace, joy, love. Advent is the dark before the dawn; the candle burning brightly in a deep forest; the star way off in the black; the contrast and the quiet. Advent is the unsteady confidence that somehow God will come through. Advent says, “the day is coming…”

Jeremiah’s life and words, of course, point us to another prophet’s life and words. Jeremiah’s message applies to his time, but it also anticipates the arrival of Jesus, “the righteous descendent from King David’s line…” So this message, and the season of Advent itself, reminds us to look back in thankfulness to God’s arrival among us in Christ. But, mysteriously, this message also looks forward to the time when God will bring justice and righteousness to the world through Jesus’ return. We live, as others have said, in the already but not yet. Hope is already here because of the light and life of Christ, but we keep hoping for more of Christ’s light for a world in many ways still sitting in the dark.

So at Advent we look back and we look forward. We say in a sense: “The day has come!” God has come through for us in the life of Jesus. At the same time we say, “The day is coming…” God will come through again. We sing, “O Come, O Come Emmanuel” because we can expect to meet God right here and now; and we sing, “Let every heart prepare him room” in hopes that a world still sitting in the dark will welcome God’s light quickly. Hope has come and hope is on the way.

Allow me to step further into the cliché and make mention of our daughter just once more (this time). Since very early on I’ve found one trick that always brings out a smile in Gloria, or in those first few months what I told myself was a smile and not gas. But having tested the trick over again I’m now convinced that, most often, if she’s having a hard time and I begin to sing Twinkle, Twinkle Little Star, she will eventually light up. It’s not just my voice, it’s something about the melody (and of course the parent in me likes to assume it’s also her early appreciation of timeless lyricism). Whatever the reason she loves to hear me sing, “Twinkle, Twinkle Little Star, how I wonder what you are. Up above the world so high, like a diamond in the sky…”

When I sing to her, the darkness, the cold, the chaos is somehow put in its place by the light of the song. And eventually the light spreads over her face in a smile.

In a sense that’s what Jeremiah’s words do for us today. That’s what Advent and Christmas does annually, what Holy Communion does perennially. This is the season wherein we’re sitting in the dark together and someone starts to sing about a distant light. And in listening we’re all invited to look up into the heavens and to hope again. We join along with the prophets, peering into the mysterious night to spot the star, twinkling, and we begin singing together “twinkle, twinkle… the day is coming… the light is coming…”

Some astronomers calculate that about 150 billion stars are born each year within the known universe. That’s something like 400 million stars born per day, or about 4800 stars born every second. Perhaps in the midst of all the darkness there’s more light out there than we can compute, more hope than we can imagine.