…very early on Sunday morning the women went to the tomb, taking the spices they had prepared. 2 They found that the stone had been rolled away from the entrance. 3 So they went in, but they didn’t find the body of the Lord Jesus.4 As they stood there puzzled, two men suddenly appeared to them, clothed in dazzling robes.

5 The women were terrified and bowed with their faces to the ground. Then the men asked, “Why are you looking among the dead for someone who is alive? 6 He isn’t here! He is risen from the dead! Remember what he told you back in Galilee,7 that the Son of Manmust be betrayed into the hands of sinful men and be crucified, and that he would rise again on the third day.”

8 Then they remembered that he had said this. 9 So they rushed back from the tomb to tell his eleven disciples—and everyone else—what had happened. 10 It was Mary Magdalene, Joanna, Mary the mother of James, and several other women who told the apostles what had happened. 11 But the story sounded like nonsense to the men, so they didn’t believe it.

A very natural first reaction to the character of Jesus is that of surprise. Even before we’re moved by Jesus’ compassion or drawn in by his humility or inspired by his example, we’re usually first surprised by him.

We see this when reading the biographies written of Jesus in the first century. All four of the Gospels convey this kind of reaction to Jesus’ life. We’re always reading that the characters surrounding Jesus are amazed or are caught up in a kind of wonder about him. Jesus does this or that, and everyone’s taken aback. Everyone expects Jesus to go this way, but he goes another. People project all kinds of things onto Jesus, all kinds of expectations, and more often than not Jesus confounds them.

This confounding of people’s expectations is most startling, most dramatic, when it comes to the story of Jesus’ death and resurrection. His biographers are keen to tell us that Jesus’ friends and followers are surprised by what happens between Good Friday and Easter Sunday. No one is responding to Jesus’ death and resurrection with “Oh, isn’t that nice” or, “I’m so glad it all worked out. I knew it would in the end, just as we hoped”. The people who lived these events are either running around, not sure of what to do with themselves, or standing there scratching their heads. Some of them are even outrightly denying the possibility of what they’re being told – “that’s just not possible” they think. 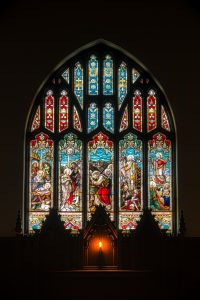 That’s one of a number of reasons why Jesus’ death and resurrection has such historical credibility in ancient literature. Historians tell us that nothing like this was being talked about by Jesus’ contemporaries – the devastating failure of a perceived Jewish hero and then his resurrection. In other words, none of it was expected. It’s such a strange story that we’re forced on historical grounds to say “you really couldn’t make that up” based on the worldview and expectations of the time and culture. So even though we may be to some degree used to the story today, Good Friday and Easter Sunday was very much a surprise to the people who experienced it first-hand. People didn’t really expect that Jesus’ promising life would end in torture and death (which is why they’re all so dejected after his crucifixion) and then they certainly didn’t anticipate Jesus’ resurrection.

In a way that’s the really good and surprising news that we celebrate at Easter: the pinnacle of a story about God’s surprising character and way of doing things. It’s why seasons like Christmas and Easter can’t be summed up in a soundbite but demand reflection and continue to draw out exquisite art over the centuries. Easter causes us to take another look, and maybe to scratch our heads. If we’re supposed to look at Jesus in order to know who God is, what God’s really like, as the story suggests, we are time and again thrown for a loop. Our theories about God, when we consider Jesus, are many times turned on their heads. 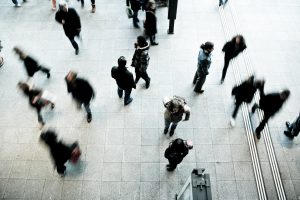 Jesus is full of surprises, and he carries us into the reality of God. The gospel stories tell us that in Jesus’ life, death and life again, God is present in his crucified and resurrected human body. And through that body, through the life of Jesus, things are made possible. Forgiveness is possible, reconciliation is possible, human togetherness and renewal is possible, fresh beginnings are possible. And the New Testament tells us that all of this continues to be possible through Jesus’ body today, the people who trust and follow Jesus. And the New Testament is clear that this is no some disembodied spiritualism or metaphorical picture, but the material reality of God working through human life as God did through Jesus.

The surprising news of Easter is that God’s still very much there in all the places and moments we’re absolutely sure he isn’t our shouldn’t be – making things possible – in and through the body of Jesus. 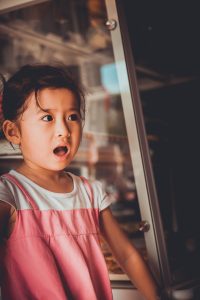 It might sound like nonsense at first – but that’s where things begin with God, who very often takes us by surprise.