Back in 2014 I wrote and self-published a book (not as glamours as it sounds, I can assure you) called When God Was Little. About 200 hundred copies were purchased that year and all the funds collected went toward a water well project. The funds from the next year went toward the Salvation Army’s Gateway of Hope in Langley.

I’m very pleased to finally share the details of the project – and some photos! First, it’s important to share some history as it’s not been a straightforward process and has clearly taken some time.

Initially the project was slated for Honduras but was then deemed unfeasible by the organization with which we were working. Another project was sourced in Uganda, which also ended up falling through – which was obviously disheartening. But thankfully the original opportunity in Honduras eventually re-opened. However, rather 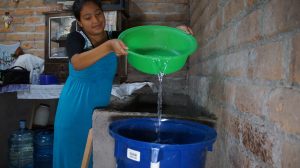 than building a well, the development organization worked with the local authorities to provide a better solution in bio-sand filters for a village in need of clean drinking water. The book funds contributed (along with other donations) to the purchase and installation of over 300 filters in 300 family homes.

So what does this mean if you purchased When God Was Little? How did your investment pay off?

I’m told the book funds covered the instillation of bio-sand filters in about 16 homes. At least 4 people live in each home, which means that roughly Honduran 60 women, children and men all have access to clean drinking water in their homes because of your generosity. The filters last 10 years. That’s a lot of bang for the buck!

So, thank you for getting behind the When God Was Little project in 2014. Families now have clean drinking water because of you! Here are some pretty inspiring photos taken by friends who recently visited and helped to install the filters. 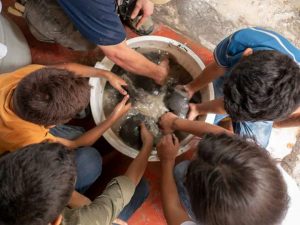 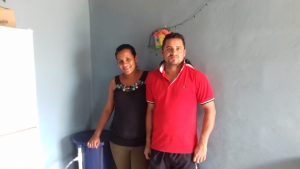 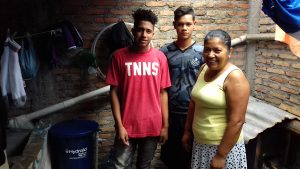 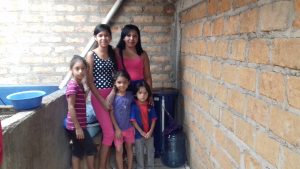 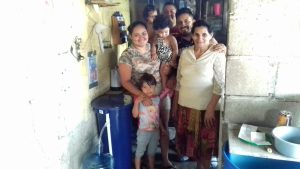 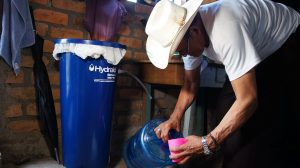 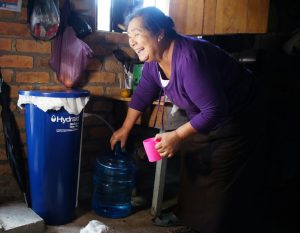